Passover began on Friday, April 19 and lasted through sundown yesterday, Saturday, April 27, the day that an anti-Semitic 19-year old (who shall not be named) chose to open fire in a synagogue near San Diego, killing Lori Kaye and wounding three others. I have much to say about the upsurge in hate crimes that has occurred under encouraging watch of the current regime in Washington, but I’ll hold that for another occasion. 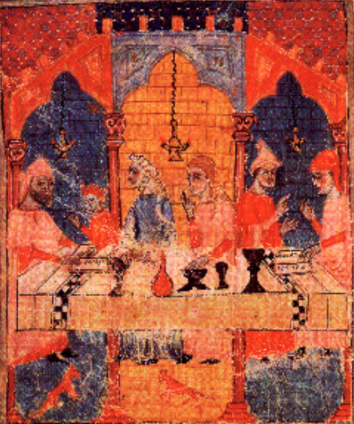 Here, I want to talk about the Seder we hosted for many friends and family on the first night on Passover and the interesting conversation that unfolded during the gathering. We all read from a Haggadah that a colleague and I compiled and have edited over many years, with additions that call attention to events of the past year that have a particular resonance with Passover as a celebration of liberation, a call to struggle, and a reminder that we are to treat the “strangers” among us with the dignity that all humans deserve since not only were we once slaves in the land of Egypt, but we remain morally compromised and metaphorically enslaved until all are free. END_OF_DOCUMENT_TOKEN_TO_BE_REPLACED