A central tension has arrhythmically disrupted the heart of the university since its inception. On the one hand, some argue, the university’s sole purpose is to animate the life of the mind. As T.H. Huxley famously declared in 1894, “The primary business of universities has to do merely with pure knowledge and pure art – independent of all application to practice; with the advancement of culture and not with the increase of wealth or commodities.” On the other, it is hard to deny that higher education has always (and I mean, always) prepared students for their post-graduate futures, whether, in the beginning, as learned men of the church, or later as “gentlemen” who would embody and perpetuate specific cultural norms, as women who would become teachers, nurses or educated wives, as state bureaucrats or colonial administrators, as those who would fuel the nation’s economy or who possess the creative imagination to invent the jobs of the future. Indeed, one could argue that the only ones not prepared by their university years to do something else after graduation are the faculty, we who remain in place while everyone else moves on. 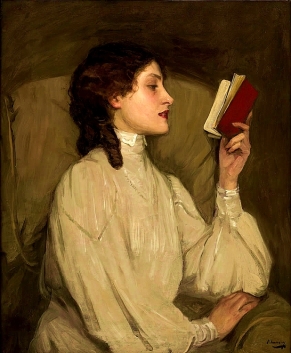 If the pure vs. practical battle has been a long one, more recently the scale has tipped ever more heavily toward the “practical” side. We find ourselves criticized for teaching poetry rather than plumbing, economics rather than accounting. We’re spending too much time encouraging our students to look at art and not enough focusing on the vocational skills needed for the labor market of the future. Indeed, if one were to ask the state legislators who control the purse strings of higher education, our sole job is to serve up “career ready” graduates.

Those of us who teach in private liberal arts colleges could, until recently, feel a bit sheltered from the “more practical” drum beat that has become deafening for colleagues who work at public universities and in community colleges. But surging tuitions, stagnant wages, an increasingly segmented labor market, unaffordable urban rents, rising income inequalities, and concerned parents have all come knocking on our door as well, demanding, justifiably, that, as we attend to the “pure,” we do not neglect the “practical.” We are increasingly being asked to consider more thoughtfully the way in which our concerns for nurturing our students as critical and responsible thinkers can be more intentionally linked to preparing students for their careers, for their (multiple) employment futures. (The historian William Cronon tried to square this circle by arguing that education should “aspire to nurture the growth of human talent in the service of human freedom.”) END_OF_DOCUMENT_TOKEN_TO_BE_REPLACED

Scrolling through radio stations while driving back from a conference in Michigan last week, I happened on a discussion (and performance) of Leonard Bernstein’s Symphony No. 2, which he titled “The Age of Anxiety.” It had been a long time since I last heard that piece – it’s not a part of regular classical playlists – and listening to it made driving the Ohio Turnpike in the snow a tad more bearable.

Bernstein’s mentor, Serge Koussevitzky, commissioned the piece, which premiered on April 8, 1949, with Koussevitzky conducting the Boston Symphony and Bernstein performing the piano solo. The symphony was inspired by W.H. Auden’s long poem of the same name, which the Times Literary Supplement famously dubbed his “one dull book, his one failure.” (OK, so it did win a Pulitzer.) Bernstein’s short but “electrifying” work, written close on the heels of the Holocaust, reflected – he wrote – the “extreme personal identification of myself with the poem, the essential line [of which] is the record of our difficult and problematic search for faith.”

We are again living in an “age of anxiety,” one which tests our search for faith, or understanding, or ideology, or meaning. But, whatever it’s about, it most certainly has been grinding away on our students. END_OF_DOCUMENT_TOKEN_TO_BE_REPLACED

There is a point in every semester when, it being too late to make significant changes in our current courses, we instead begin to think ahead to next semester. So, overwhelmed as you are by finishing up this term, getting in book orders, and planning research and writing for the summer, maybe you can keep this article in mind as you plan for the fall 2018 semester!

In this posting, I provide a few resources and summarize some of the reasoning supporting the argument that student learning is more enhanced by frequent, low-stakes assessments (“retrieval practices” in the technical lingo), with the opportunities they provide for continual feedback, than from infrequent, high-stakes assessments (e.g., a midterm and a final). While the research has suggested that this holds across all disciplines, the impact is noted especially in STEM fields and quantitatively based courses. END_OF_DOCUMENT_TOKEN_TO_BE_REPLACED

Two weeks ago, I explored John Dewey’s understanding of how reflection impacts teaching in the “Article of the Week.” For Dewey, I noted, reflection was an intricate process in which we derived meaning from our experiences in a systematic and disciplined way, “in community,” and in a context that led to growth not just of the individual but of others as well. Reflection was a central part of learning and, learning, in the context of an educational setting, always took into consideration the purpose of education itself. For Dewey, this purpose was not simply the abstract intellectual development of the individual, but the way that the individual’s intellectual, emotional, and moral understandings came to support and sustain democratic society.

I was drawn back to Dewey’s views on the purpose of an education this week as I, and millions of others, solemnly observed the 50th anniversary of the assassination of the Reverend Dr. Martin Luther King, Jr. Many of us used the moment to search for lessons from Dr. King that could inform a search for ways to counter the dismal moment the country is living through. In particular, I was looking to understand what are our responsibilities as a community of educators at this time. Like Dewey, Dr. King understood that an education that only taught one to “think intensively” or to think “efficiently” was insufficient. “The most dangerous criminal,” King wrote while still a student at Morehouse College in 1947, “may be the man gifted with reason, but with no morals.”  “If we are not careful,” he warned, “our colleges will produce a group of close-minded, unscientific, illogical propagandists, consumed with immoral acts.”

I was not surprised, then, to learn that the United Federation of Teachers awarded Dr. King its “John Dewey Award” in 1964. King’s acceptance speech, delivered on March 14, 1964, was not one of his more memorable talks, but I was staggered to see its continuing relevance more than a half-century later, a sign both of the power of King’s insight and of the fact that so many struggles that he took on remain uncompleted today.

For Dr. King, 1963 represented a high-water mark in terms of the accomplishments of the non-violent direct action movement in its fight for civil rights. Still, he warned that the “civil rights issue…will now be faced and solved or it will torment and agonize the political and social life of the nation.” To read, only in the last two weeks, of the shooting by police of Saheed Vassell or Stephon Clark is to recognize that the killing of black people by law enforcement continues to be a national crisis, and that the political and social life of the nation is still agonized by racism, King’s unsolved civil rights issue. END_OF_DOCUMENT_TOKEN_TO_BE_REPLACED