“How should academics respond to the death of Michael Brown and the non-indictment of his killer,” David Perry, a history professor at Dominican University asked in a recent post in the Chronicle of Higher Education? “If you teach critical race theory, criminology, modern American history, African-American studies, or any number of other subjects explicitly linked to Brown’s death, then I suspect you already have a plan. But what about the rest of us?” 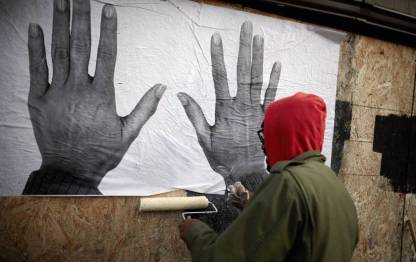 In previous “Articles of the Week,” I have discussed the challenges of bringing contemporary events into the classroom, particularly if their lessons don’t easily “fit” into your subject matter. [Among others, see March 11, 2013 (“One Big Motrin”), Nov. 12, 2012 (“Personal Convictions and Teaching”), and Sept. 27, 2010 (“Rove and Responsibility”).]

As I thought of Perry’s question, two contradictory approaches sparred in my brain. On the one hand, we know our classes – and ourselves – the best. What if it feels uncomfortable to raise issues that (seemingly) have little to do with the subjects we are teaching? And what if we feel completely unprepared to speak to the issues raised by Ferguson? Should we continue as if nothing happened? On the other, we are not only teaching our students macroeconomics, discrete mathematics, intermediate Spanish, or Chinese history. We are teaching them to engage in the world in a broadly positive fashion, to be the citizens who will not ignore what Ferguson has to teach us.

That means, at the very least, acknowledging that these events are shaking their world and ours, that they are occupying our thoughts, even if we don’t have time to fully pursue them in class. It means helping our students find resources if we can’t provide them ourselves. Even admitting that we are uncomfortable raising the topic can signal to students that learning often springs from a place of discomfort –  and that we are willing to go there with them. 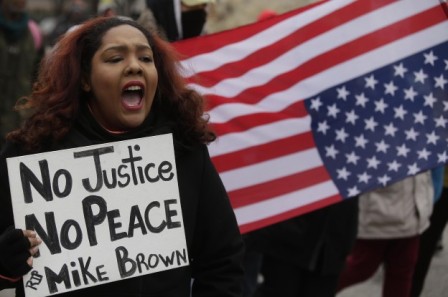 “Ferguson” – now a signifier not only of police violence against unarmed African American young men, but of a legal system that allows impunity for such actions – is one such event.  “Ferguson,” Chaedria Labouvier wrote, “is a wake up call. Black mothers are being told to prepare their sons for second class citizenship. We cannot do that. We cannot go quietly into the night on this one. And we need other mothers, other women that love their families and have the privilege to know that their sons, if stopped by the police, will make it home, to stand with us. Because we have been left no choice but to stand.” Nor can we, as teachers, be quiet.

As Roy Sanchez made clear in a piece that appeared on CNN, “The rage echoing across the nation after a grand jury’s conclusion in Ferguson, Missouri, goes far beyond the decision not to indict white police Officer Darren Wilson in the death of unarmed black teen Michael Brown.”

For us at Oberlin, the refusal of the grand jury to indict comes only a few days after 12-year old Tamir Rice, was shot and killed by Cleveland police literally two seconds after they arrived at the scene, having been alerted to a “black male with a gun” by a local resident. (The added information that it was probably a “fake gun” was never passed on to the police.) Reportedly upwards of 75 Oberlin students joined a large protest in Cleveland after the Ferguson grand jury’s decision and Rice’s death. 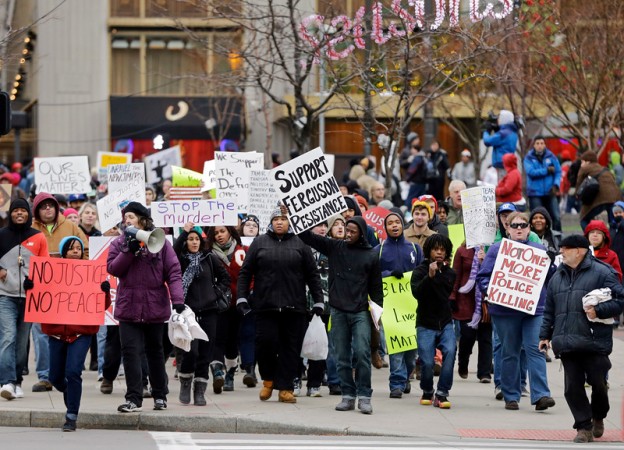 The question, then, is how to use this moment to “teach Ferguson.” Probably the best starting point is a Twitter feed #FergusonSyllabus, which has a substantial number of links and resource suggestions for all grade levels, including college students.

Dan Krutka of the Texas Woman’s University Department of Teacher Education has developed a document of instructional resources on Ferguson submitted by teachers, many of whom included a description of how they used (or plan to use) the material.

The Graduate Center at the City University of New York has compiled a number of discipline-specific resources for teachers that look at how the events in Ferguson can be related to criminology, art history, literature, and more.

Here are a few other sites that I found particularly helpful: 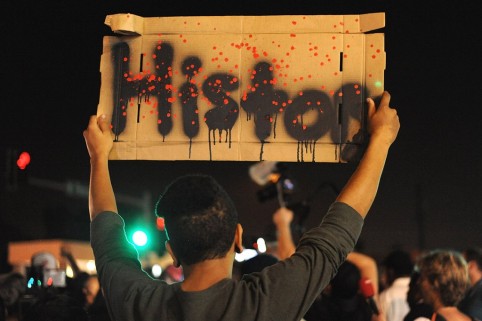 Finally, four more articles that appeared recently, each of which eloquently points to the conversations we need to be having.

Monday morning, we will be in our classes once again after the long Thanksgiving break. We have two weeks until the end of the semester and way too much to get done. But if we don’t stop and acknowledge this moment of great pain and anger that so many of our students, and we, are feeling, we will not be the teachers that we need to be. And if we don’t address how we, as a college, are preparing our students and ourselves to address the broad issues raised by Ferguson, we will not be the college that we must be.